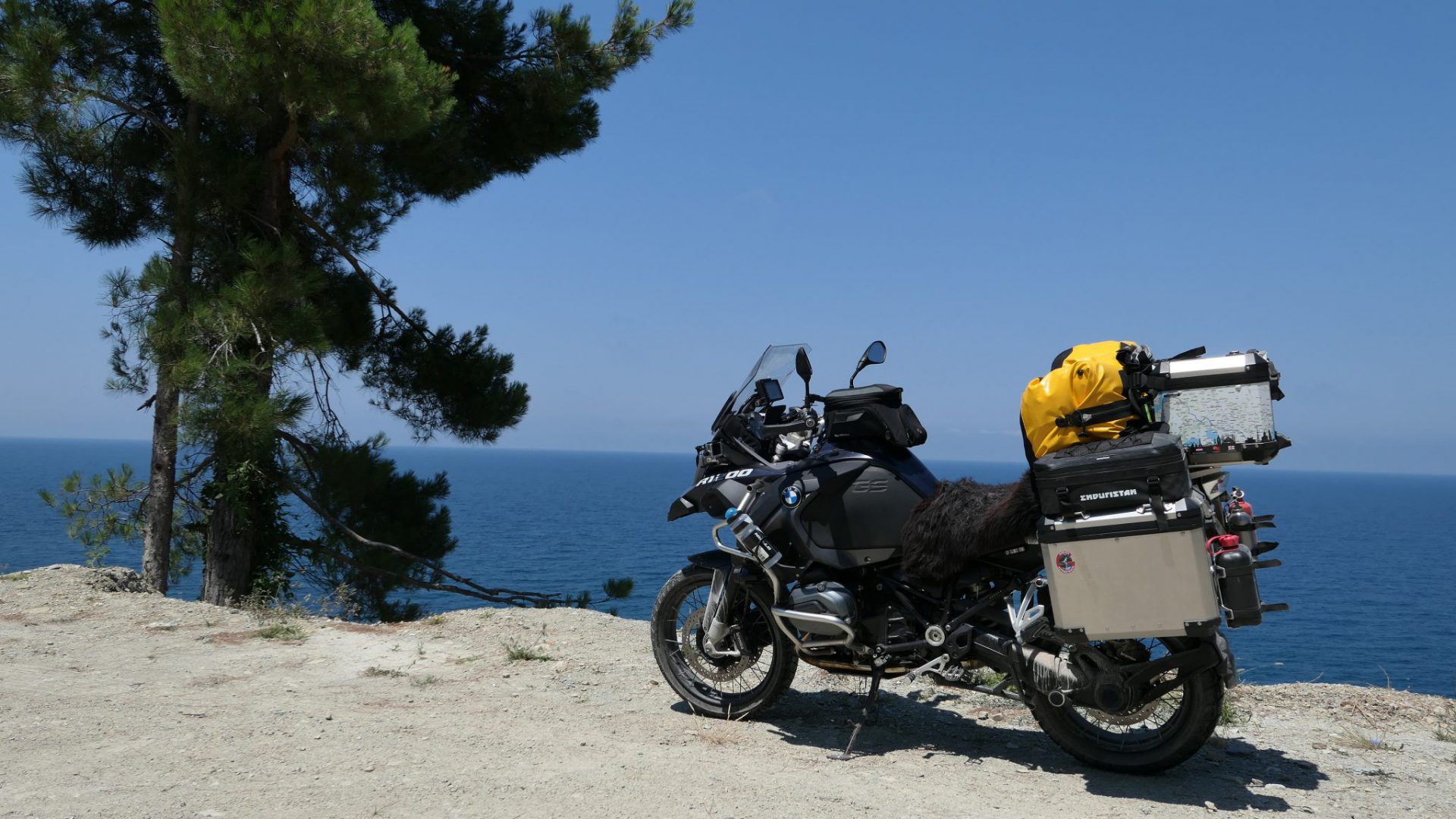 I’ve been on the road for three days now since I left Istanbul. From Istanbul I took the ferry to cross the Bosporus. Saves the chaos of traffic, 2km from the hotel on the boat and then officially in Asia. Somehow Istanbul ‘belongs’ to Europe and everything on the other side of the Bosporus to Asia.

I’ll try to be brief, but it was a very special first day. Lovely roads with almost no traffic, almost perfect curves and super asphalt. Really great to start the first part of Turkey. I just didn’t see the next one coming. One of those roads took me over a small ridge and on the other side, right in the middle of nowhere, something was best described as a residential area of about 300 small French castles. I was so surprised that it took me a while to realize how bizarre this was. Turned around and went back, there was a guard at the entrance and after some talking back and forth he let me in. Turns out that with Arabic money a complex was built that went bankrupt halfway through the construction, after having spent 200 million dollars. Later on I will post a video of one of the little castles I have been in.

By now I had found a place to stay. I drove to a village for some shopping, I see an old BMW with a sidecar on the side of the road. I stopped and had a chat with the owner. An old man who didn’t speak a word of English so the chat fell apart a bit. The granddaughter was sent away to get cola and in the meantime we bent over his bike. It is that it had BMW on it, otherwise it was no longer recognizable, he had rebuilt the whole machine and part of the sidecar was taken up by an LPG installation, never seen on an engine before. Of course a joint ride couldn’t be avoided, can’t say that I fit very well in the sidecar.

Back to the “hotel”. Actually, the lake was an old building with a few rooms without facilities, shared toilet in the hallway. But you can not expect more for 6 euros per night. What I certainly did not expect was that the building was built on a natural hot spring. In the evening the locals gathered for a bath. In the basement a space was made for a Haman of 5×5 meters and the hot water came directly from the ground through two jets in the bath. I took a bath, slept like a rose.

The two days after that I made quite a few kilometers, or rather hours I should say. Sometimes the roads are so small, winding and bad that it takes hours in the saddle. But I like it very much, through a large nature park (100km or so) with differences in height up to 2.000 meters. Today the coastline of the Black Sea follows, very beautiful. For the North Dutch among us you have to imagine the following: think of the Circular Dyke in terms of speed and curves, then add continuous height differences of up to 200 meters, and then you realize that it runs away from Den Helder to Maastricht. That’s roughly what my day looked like today. The first 100km took me 3 hours to complete. Very much to my liking 🙂

Finally I arrived at a campsite and was immediately invited by the Turkish neighbors for the kebab bbq. Son spoke good English so the conversation ran. Sitting at my tent the boss of the camping suddenly stands in front of me with a plate of food, they hadn’t seen me in the restaurant yet……………………………