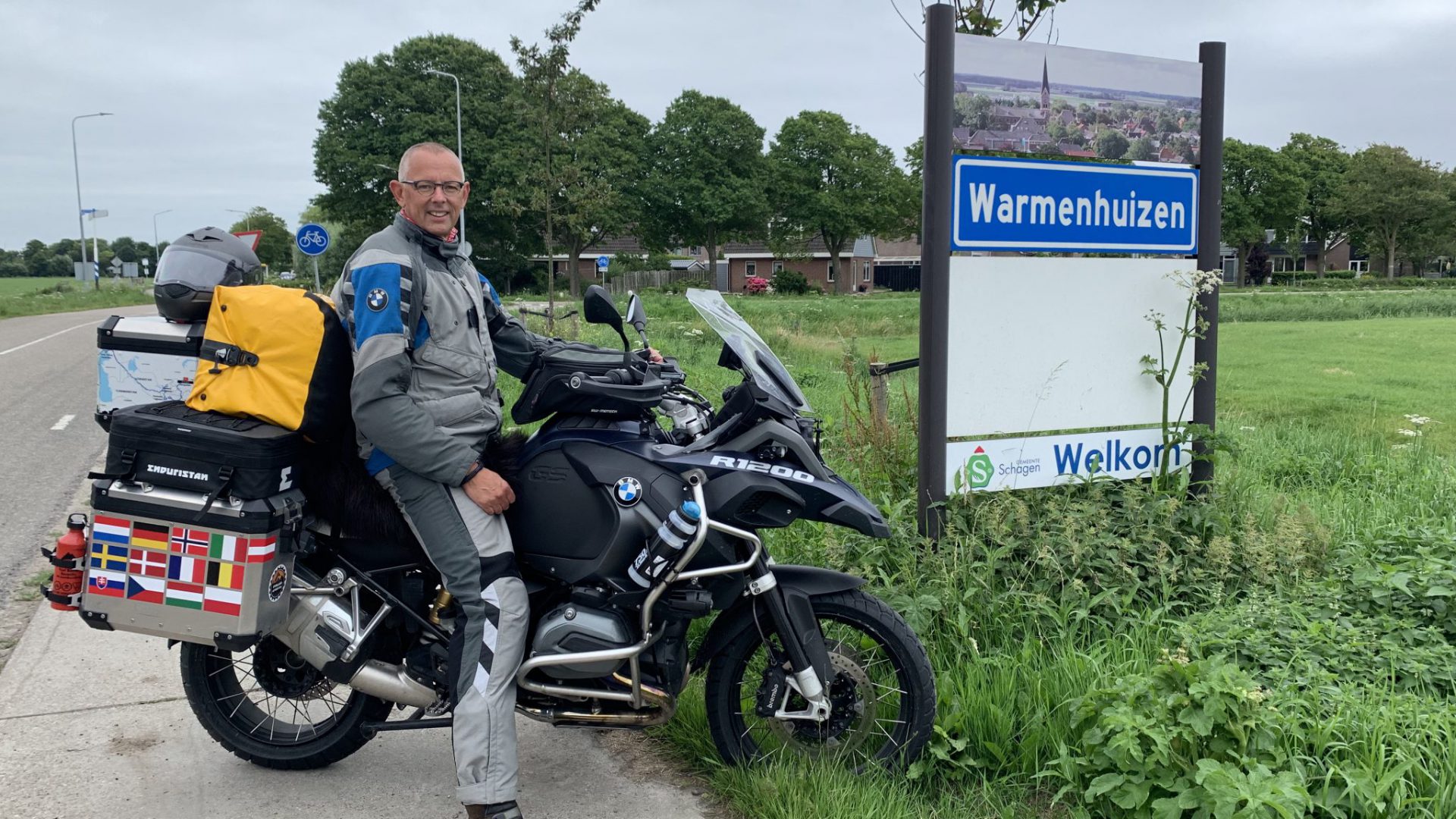 It was time to leave, to be honest, I was a little done with all the preparations. From arranging insurances, visas, sorting out paperwork, preparing a motorbike, determining which things should and shouldn’t go with me, choosing tyres, global route ideas and I don’t know what to do anymore. You live towards the departure but when the moment comes it’s always a bit difficult to leave everything behind. But when the first few kilometers under the tyres are gone, everything falls into place and I think I’m ready for it. Ah and 12 weeks will probably be over soon 🙂

The intention is to go to Istanbul fairly quickly, in my opinion the journey there is only just beginning. To avoid highway kilometres and to save some profile on the tires I do part of the trip by train, all in all 1.000km on the motorbike.

The stage to Dusseldorf is going well, Geert is still in the end of Germany. Motor on the train to Innsbruck and on the way some (trying to) sleep. From Innsbruck we made a nice trip through the Alps to Villach. There again on the train to Edirne (Turkey). Two nights and a day hang in the train. During the night we regularly woke up because of the different customs but otherwise we arrived in Turkey without any problems and we also did some quick customs clearance with the necessary paperwork.

From the station it is about 250 km to the hotel in Istanbul, I have mapped out a shortcut route and I spend the whole day working on it. On the way I stop in a village with max 50 houses for a cup of çay, that’s what everyone drinks all day long. All old men who wanted to know all kinds of things, language barrier doesn’t help very much. Whatever I tried, I couldn’t afford to pay for my drink. In the next town I bought a SIM card so I have internet on the way.

After three days without a shower and 30+ degrees on the motorbike I start to smell quite (very). But before I can take a shower in the hotel, I have to drink a lot of beer with the hotel owner, also a biker. The beginning is there, I’ll say. Saturday morning I explored the city a bit and the tourists did things, Blue Mosque, Grand Bazaar, Sofia Cathedral etc.

A shave at a barber ended in waxing my nostrils, for everything is a first time…and a last time. The rest of the day I took it easy and thought of a global route for Turkey and tomorrow. The hotel owner has organised a lot of motor trips, so he must have some ideas.